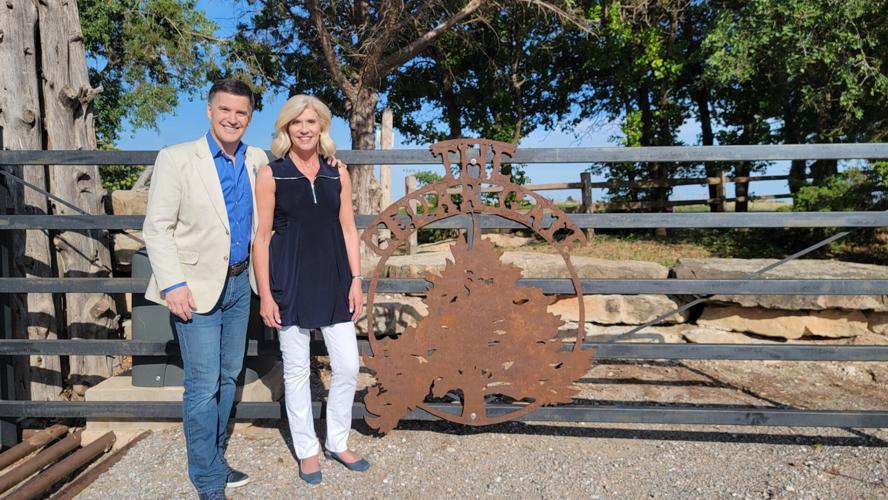 After five months of campaigning, Wade Burleson and his wife Rachelle are hopeful he can unseat incumbent U.S. Representative Frank Lucas. 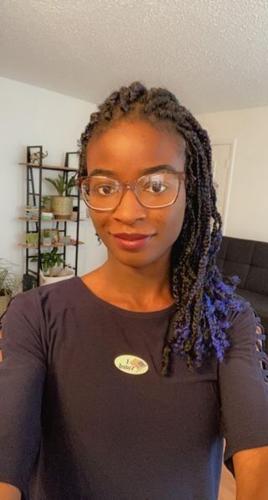 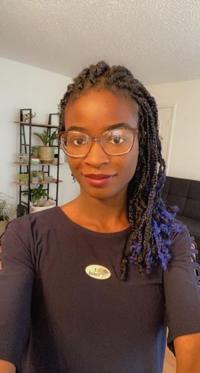 After five months of campaigning, Wade Burleson and his wife Rachelle are hopeful he can unseat incumbent U.S. Representative Frank Lucas.

Salee French, a first-time Oklahoma voter, voted for Wade Burleson in the Third District Republican primary. Facebook Photo.
Oklahoma City – In the final hours of his campaign to gain the Republican party nomination in Oklahoma’s Third Congressional District, the odds might seem against Wade Burleson of Enid.
But after years of work as a minister of the Gospel, and some time as a prophetic voice within his own denomination (Southern Baptist), Burleson can take encouragement from signs of diverse and substantive support.
One of Oklahoma’s senior conservative writers, analysts and activists is Charlie Meadows. He wrote about Burleson’s candidacy recently:
“What an exciting and important race between Mr. Burleson, the recently retired Enid pastor and historian par-de-excellence and the career politician Frank Lucas. This race is exciting because Mr. Burleson has a real chance to unseat Representative Lucas and it is important because Wade would be a dramatic improvement over Frank. I have known Frank since before he was elected to the state Legislature and though he is a nice fellow, he and Tom Cole are our 2 most liberal Congressmen, thoroughly infected with Washington ‘swamp fever’.”
Burleson has drawn support from across the sprawling district, which stretches across the Oklahoma Panhandle, most of northwest Oklahoma, portions of south Oklahoma City and across to the outer reaches of the Tulsa metropolitan area.
Sooner Politics, a daily news aggregator with original content, gave a recent boost to Burleson, saying, “Frank Lucas is a nice man but a mediocre conservative. Burleson would be a much more conservative congressman."
In recent days, his Facebook page touted the support of first-voter Salee French, a first-time Oklahoma voter who lives in the Third Congressional District.
Burleson focused in a commentary for The Weatherford Daily News on his critique of the GOP incumbent’s quiet acceptance of the U.S. Supreme Court decision in “McGirt v. Oklahoma (2020),” which restored (or “recognized” in the views of the some) the pre-statehood reservation status of roughly 45 of Oklahoma.
Burleson wrote, in relevant part, that McGirt is “the most impactful Supreme Court ruling in the 115-year history of the state of Oklahoma.”
He pointed out that as a result of the controversial 5-4 decision, “Any crime committed within the Indian Nations’ Reservations must be prosecuted by the Indian Nations and/or the United States federal government, not the State of Oklahoma.”
As he related, “Some of the leadership and members of … tribes were ecstatic over the McGirt Ruling. But the consequences for the state of Oklahoma have been severe.”
Why severe?
“There are not enough federal prosecutors in eastern Oklahoma to handle criminal cases. The federal Justice Department is asking for hundreds and hundreds more employees in Oklahoma, the single largest monetary request in the Justice Department’s budget request. …
“Hundreds of crimes committed in eastern Oklahoma are not being prosecuted due to a lack of personnel to prosecute. …
“Thousands of Oklahomans with sovereign nation status refused to file Oklahoma taxes these past two years. ..
“The President of the Cherokee Nation announced on Flag Day, June 14, 2022, that the Cherokee Nation’s Headquarters would no longer fly the Oklahoma state flag.” (That decision was later reversed.)
Continuing: “The governor of Oklahoma and tribal leaders have a fractious relationship due to McGirt. … The tribes want for themselves Sovereign Nation status. It would be like the Vatican in Italy. The Vatican is an independent state with Vatican Representation in other countries.”
In fine understatement, he observed, “The McGirt Decision has ongoing economic, social, and political repercussions for Oklahoma.”
Unfortunately, at least under the presently-existing McGirt precedent, only Congress can change the status of the restored (or “recognized”) reservations. But “The problem is that U.S. Congressmen (Senators and Representatives) have been given big money by the tribal casino bosses to be friendly toward them.” Trouble is, as Burleson put it, “Money has a way of clouding judgment.”
Burleson wrote that his Congressional Legislation Plan “when I am elected to the U.S. Congress” has five elements: Borden Security, No on foreign investment (to counter Chinese Communist Party entry into the state real estate market), and Yes on Election Integrity.
And, “No on the McGirt Decision.”
Importantly, he points out, “The Tribes of western Oklahoma (Comanche, Cheyenne, Apache, Kiowa, etc.) are run over by the Big Five. I will fight to equal the playing field for you while placing supremacy in the State of Oklahoma, the great state we all love.”
Concerning Vaccine liability, Burleson says, “I will call for Big Pharma, Big Tech, Big Banking, and Big Government (CDC, FDA, WHO) to be held accountable for vaccine injuries due to mandated vaccinations. No more cover. No more money. No more collusion. I will disrupt the system.”