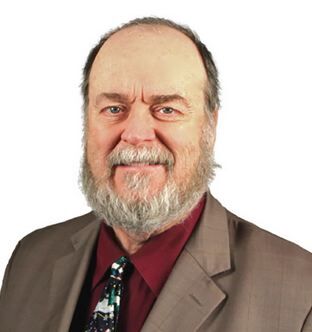 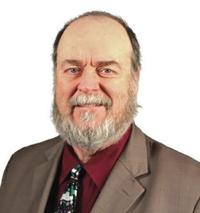 Pat McGuigan is an award-winning journalist who has covered Oklahoma politics, policy, culture and legal trends for most of his life. File photo 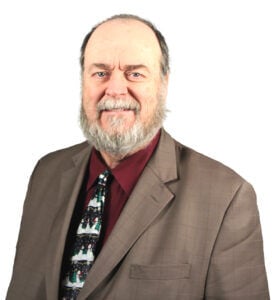 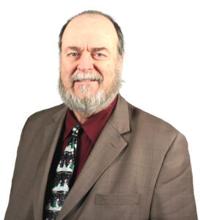 Patrick B. McGuigan, publisher of The City Sentinel and CapitolBeatOK. File Photo

On Tuesday, February 25, the Oklahoma House Judiciary Committee chaired by Rep. Chris Kannady, will consider Rep. Jason Dunnington’s House Bill 2876, that would begin the process to phase out the death penalty in Oklahoma. File photos

OKLAHOMA CITY, OK – On Tuesday, February 25, the Oklahoma House Judiciary Committee chaired by Rep. Chris Kannady, R-Oklahoma City, will consider legislation that would begin the process to phase out the death penalty in our state.

The bill deserves a fair hearing, an honest debate, and a floor vote by members of the full House.

The measure is House Bill 2876, by Rep. Jason Dunnington, D-Oklahoma City, which would remove capital punishment as a sentencing option in future Oklahoma trials.

Long ago, after years of research, I concluded something that today might seem like common knowledge:  Innocent and wrongfully convicted individuals have been executed – not in ancient history, but in recent decades. Even one wrongful execution is one too many. Oklahoma’s unofficial five-year moratorium should be made official and permanent in the statute books.

The recent movie “Just Mercy” relates the 30-year career of attorney Bryan Stevenson. While many have labored in this vineyard for justice, Stevenson’s work is arguably the most impressive, resulting in some 140 individuals being removed from death row around the country, many exonerated and released.

This is not to mention the costs that flow from the numerous exonerations that result when lawyers and, in some cases, prosecutors’ offices perform actual (not rhetorical) due diligence. In such work, those actually working within the system have found egregious errors of trial processes in past cases – including but not limited to suppression of evidence (as related in the Just Mercy film) and coerced confessions.

Since 1973 there have been 167 death penalty exonerations, ten of those in Oklahoma.

Aside from the search for justice, there’s this: One to two million dollars is saved every time a sentence of life-in-prison without parole is imposed instead of the death penalty, even figuring that as much as 40 years of imprisonment is the sanction, according to studies.

This is because of the high cost of death row incarceration and the years of mandatory appeals before execution can take place.

These days, few seem really shocked, any longer, to hear of the death penalty’s multiple flaws. Most analysts of the actual practice of executions are aware and not surprised that the death penalty is applied unfairly with regard to race and economic status. Rarely do wealthy people make it to death row, much less to execution. The multiple problems with the capital punishment were thoroughly documented in the landmark report of the Oklahoma Death Penalty Review Commission, under the leadership of former Governor Brad Henry. And I was present when Gov. Henry said, in response to questions from assembled journalists, that he had reluctantly concluded that in Oklahoma’s past history some innocent persons have been executed.

The 16 member denominations of the Oklahoma Conference of Churches support Dunnington’s legislation.

So does Archbishop Paul S. Coakley, who leads the Catholic Church in Oklahoma.

After the Attorney General and the governor said they would move toward resumption of lethal injections, Coakley said:

“We need to stop spending taxpayer money to kill human beings. We deserve justice for these heinous crimes, but we don’t end the cycle of violence by committing more violence. In all of these cases, we lost a life, and the death penalty only serves to further devalue human dignity. We have the capability now to punish criminals and protect society without killing in return. I call on our legislators and Gov. Stitt to make a change for Oklahoma and choose non-lethal ways to ensure justice.”

The Catholic of Conference of Oklahoma supports Dunnington’s bill.

Oklahoma in particular has made a mess of executions, receiving national and international media attention following botched executions. I am amazed that any one in the system takes comfort that the lethal drugs have been located, and further amazed that the state wants to schedule executions again as early as July or August. (Regardless of the source of the drugs, noteworthy is that most pharmaceutical companies manufacturing the drugs for medical purposes refuse to sell them to states using them for executions.)

Twenty one states in the United States have abolished the death penalty. Use of the death penalty in America is diminishing as the majority of Americans prefer life imprisonment without the possibility of parole over executions.

In 2019,  only seven U.S. states executed anyone, according to the Death Penalty Information Center.

Rep. Dunnington reflects, “I’m proud to be a part of the important progress we’ve made toward criminal justice reform. Oklahomans are becoming more aware of the wasted costs of capital punishment, a system that provides no deterrent to crime while flushing millions down the drain that could be better spent on responses to violence that actually work.”

One day capital punishment will end. Oklahoma can be proactive now, rather than reactive after some future execution is realized to be unjust.

Sooner, rather than later: Stop Executions in Oklahoma.

Rep. Dunnington’s legislation is the place to start.

NOTE: Pat McGuigan is publisher of The City Sentinel newspaper, and founder of CapitolBeatOK.com, an online news service. He is the author of three books and editor of seven, including Crime and Punishment in Modern America. He is a member of the Oklahoma Coalition to Abolish the Death Penalty (OK-CADP).