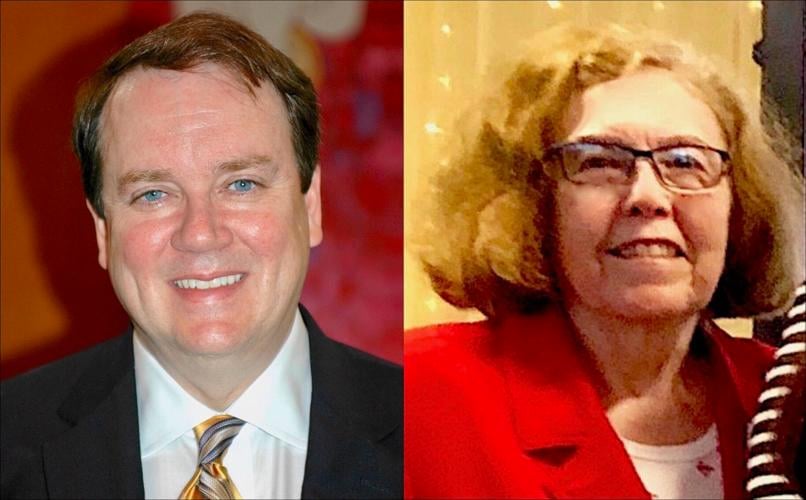 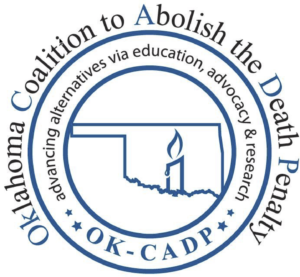 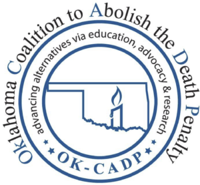 OKLAHOMA CITY, OK – The Oklahoma Coalition to Abolish the Death Penalty (OK-CADP) has announced the election of its 2019-2020 Executive Board of Directors.  Rev. Don Heath was re-elected as the organization’s Board Chair after serving in that position for two years, and as vice chair for two years prior.

Heath is an attorney at Hirsch, Heath & White, PLLC in Oklahoma City. He received his Juris Doctor from the University of Oklahoma School of Law in 1982.

A court-ordered moratorium has been in place in Oklahoma since October 2015 after the botched executions of Clayton Lockett and Charles Warner, and the near execution of Richard Glossip after a lethal injection protocol drug mix up.

In 2018, the State of Oklahoma announced that nitrogen hypoxia would be its new method of execution. However, death by gas mask has never been used as a mode of execution in the United States, and Oklahoma has been unable to obtain a device that would “appropriately introduce nitrogen into an individual’s system.”  The state is now ready to “develop the machine themselves,” according to the state attorney general.

Until the new protocol is in place, the moratorium on executions in Oklahoma will continue.

“The Coalition will continue to emphasize the humanity of the people on death row,” Heath said. “In the coming year, we will continue to work to improve conditions on death row and to seek clemency whenever possible. We also hope to expand our coalition to include more people of color, young people, and other people of good will who want to build a non-violent Oklahoma.”

Re-elected as OK-CADP’s Vice Chair is Dr. Elizabeth Overman, a Political Science professor at the University of Central Oklahoma.

Overman teaches public policy, nonprofit management and program evaluation, and minority policy and politics, among other courses, at UCO in the Master of Public Administration program.

This year, Dr. Overman hosted a screening on the UCO campus of the ABC documentary, “The Last Defense,” which examines the case of Julius Jones on Oklahoma’s death row. The event was co-sponsored by OK-CADP, the UCO Master of Public Administration Program, Pi Alpha Alpha Global Honor Society for Public Affairs & Administration, the UCO Debate Club, Criminal Justice Club of UCO.

In 2015, Elizabeth headed the Oklahoma Lynching Research Project (OLRP), along with Marc Goulding, as part of UCO’s Transformative Learning program.

Margie Roetker, representing the Peace and Justice Committee of Oklahoma City’s St. Charles Borromeo Catholic Church, was re-elected and will serve a second term as board Treasurer.

“My faith has taught me that all people are children of God, created in God’s image and due respect for no other reason,” Roetker said. “My faith is a faith of second chances.”

A coalition member for nearly two decades, Margaret Cox has been elected as the group’s board Secretary for the 2019-2020 term.  Cox has served in a variety of capacities including secretary, treasurer, and newsletter editor.

Cox has been arrested a dozen times or more during acts of civil disobedience against the death penalty. Having attended numerous clemency hearings Margaret stated,  “I have seen the Pardon & Parole board recommend clemency, however, the governor has not always granted it.”

During the coalition’s awards dinner on June 8, Cox was elected as one of the organization’s seven at-large board members along with Wende Battle, Leslie Fitzhugh, Kelley Garrett, Nykkia Harris, Dr. Overman, and Dr. Gilbert Parks.

Representing the National Association of Blacks in Criminal Justice, Oklahoma Chapter, Fitzhugh was appointed to also serve on the executive committee for a second term.

Heath said, “OK-CADP will greatly benefit from Elizabeth’s research into lynching in Oklahoma and her education efforts with students at UCO regarding abolishing the death penalty, Margaret’s extensive history with the coalition, Margie’s concern for the sanctity of life as a former chaplain, and Leslie’s 30 years of experience serving in the Oklahoma Department of Corrections.”

Based in Oklahoma City, OK-CADP is a grassroots membership organization that engages in outreach, education, and advocacy aimed at raising awareness of issues related to abolishing the death penalty.