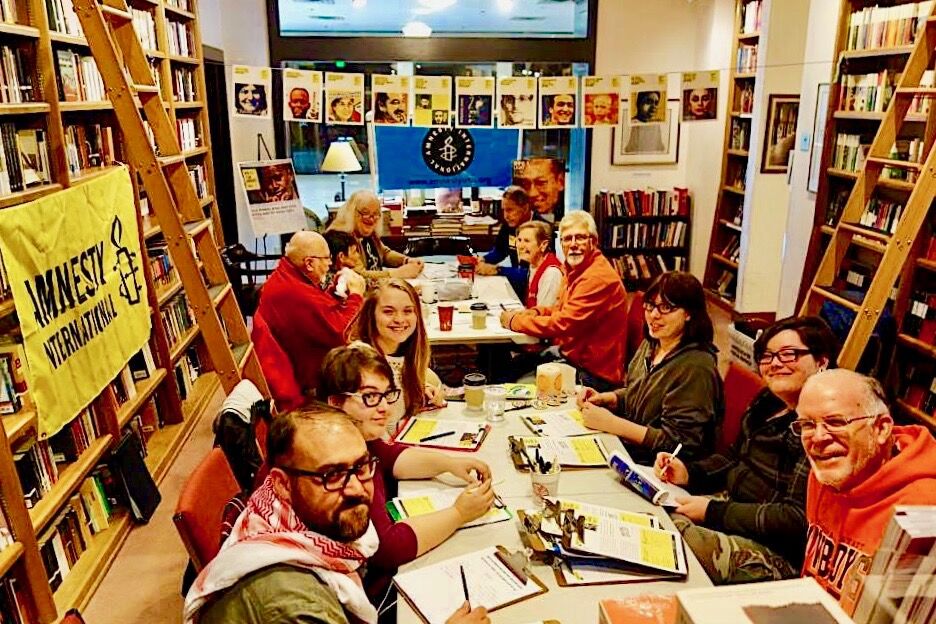 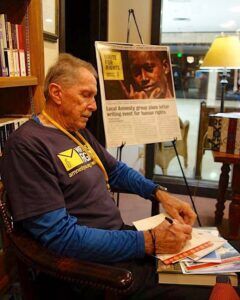 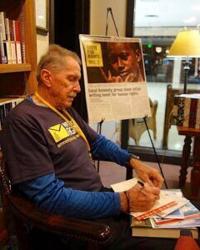 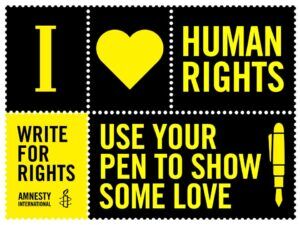 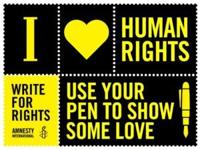 Each year, to mark Human Rights Day on December 10, hundreds of thousands of people around the world write letters and sign online petitions to help people they’ve never met.

The AI Oklahoma City chapter will hold its event on Saturday, December 2 at Full Circle Book Store, 1900 NW Expressway, from 10 a.m. to 1 p.m.  The public is invited to participate.

Letter writing has always been at the core of Amnesty’s work, and 55 years of human rights activism show that your letters really do have the power to change lives.

John Walters, Legislative Coordinator, Amnesty USA-OK-Group #238 said, “During the Write for Rights event we will write letters on behalf of prisoners of conscience all over the world.

“By taking part in the Write for Rights Write-A-Thon you can help bring about the release of a prisoner of conscience or an end to the harassment of someone standing up for Human Rights,” Walters added.

For 53 years, AI’s Human Rights campaigns have been instrumental in obtaining freedom for prisoners worldwide through pressure from letters, faxes, and e-mails written by Amnesty International activists.

“You are joining your voice with others around the world to demand that the rights of individuals be respected and protected,” Walters added.  “You have the power to change someone’s life by simply writing a letter.

“At this event we will also write Christmas cards to all prisoners on death row in Oklahoma,” Walters said,

Currently the state has 47 inmates on death row.

“The Oklahoma Coalition to Abolish the Death Penalty supports the Write for Rights project and expresses its thanks to Amnesty International Group #238 for coordinating it each year,” said Rev. Don Heath, Coalition chair.

“The criminal justice system in Oklahoma is dehumanizing, especially for prisoners on death row,” Heath added. “Writing them cards and letters lets them know that people care about them. It is especially appropriate at Christmastime.”

Amnesty International has 3 million supporters who take action each year in this event.

Tens of thousands of individuals have been released from jail, rescued from torture, or aided in other ways following action by Amnesty International.

One of those who benefited from the 2009 Write for Rights event is Mideksa Birtukan from Ethiopia.

“Through their work on behalf of thousands of prisoners of conscience around the world, Amnesty International continues to be the conscience of humanity,” said Birtukan.

“Amnesty has a hallowed mission to protect people wherever justice, freedom, truth and dignity are denied,” Mideksa added. “Their letters, phone calls, and petitions were my protection during the months I spent in solitary confinement. They were my voice when I had none.”

Thousands of people are in prison around the world because of their beliefs, gender, sexual orientation, race or ethnicity. Many are held without charge or trial and are at risk of torture or execution.

The Write for Rights campaign empowers individuals to take action against these violations.

“We will have all you need including the letters and postage,” Walters said. “You just need to sign, or write custom letters on cases you select. But if you can, please bring a book of stamps to contribute to the effort.”

To participate in the AI Write-A-Thon, contact John Walters at 405-720-6467.  To learn more, visit write.amnestyusa.org.