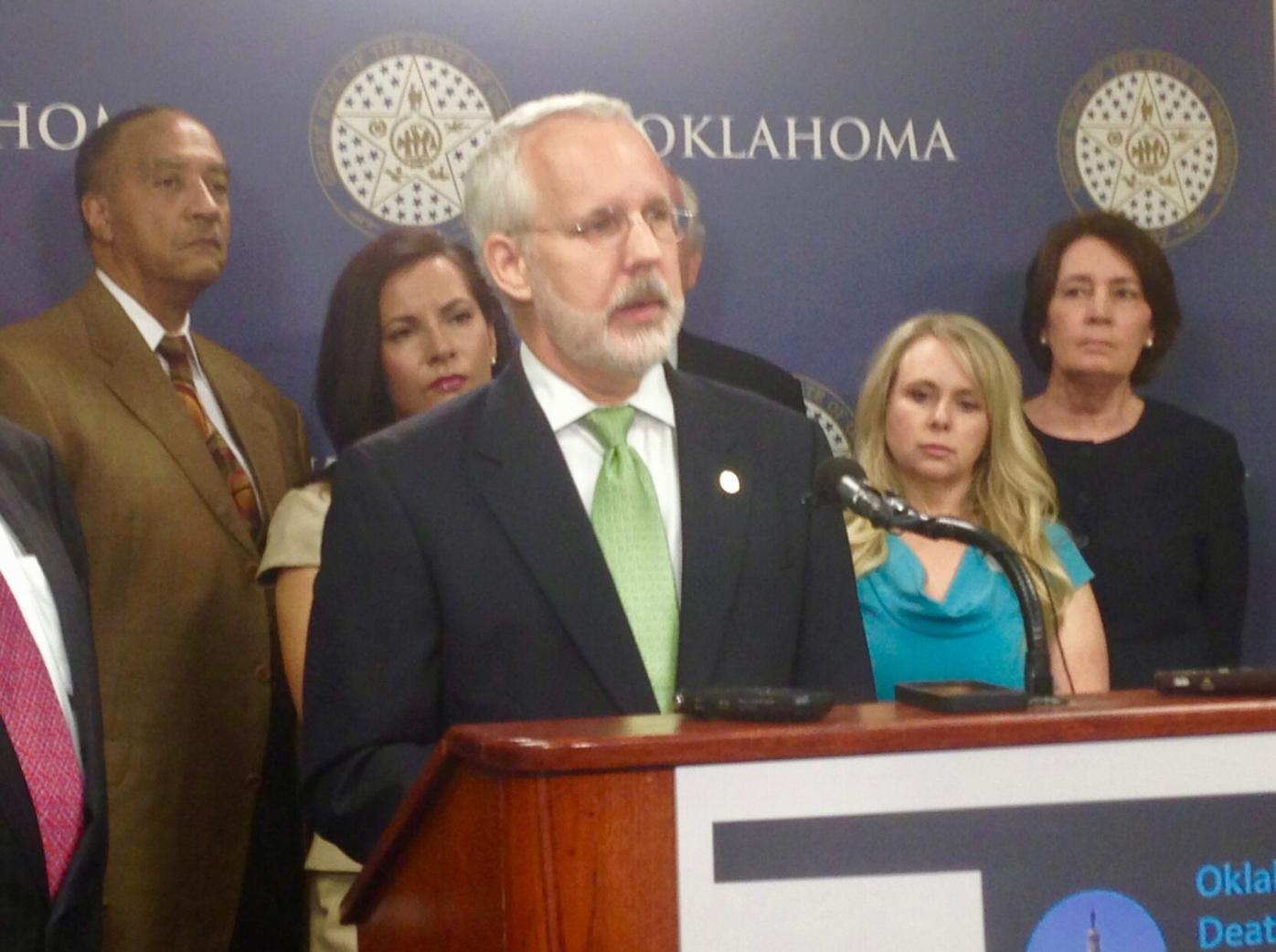 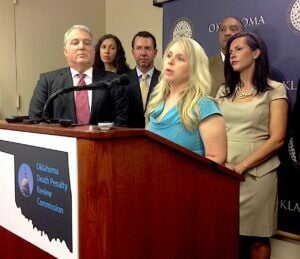 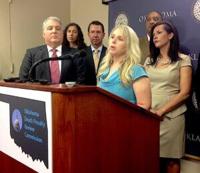 Oklahoma City, April 25, 2017 –  A startling recommendation to maintain – perhaps indefinitely — the existing moratorium on capital punishment in Oklahoma is getting the most attention after release of the final report of the Oklahoma Death Penalty Review Commission.

However, many of the panel’s other recommendations, if put into effect, would yield sweeping and transformative shifts for the state’s death penalty process.

The report’s executive summary observed, “Unfortunately, a review of the evidence demonstrates that the death penalty … has not always been imposed and carried out fairly, consistently, and humanely, as required by the federal and state constitutions. The shortcomings have severe consequences for the accused and their families, for victims and their families, and for all citizens of Oklahoma.”

And, “It is undeniable that innocent people have been sentenced to death in Oklahoma. And the burden of wrongful convictions alone requires the systemic corrections recommended in this report.”

In all, ten men sentenced to death row in Oklahoma have been exonerated. One of those, Paris Powell, is featured in segment four of a new Investigation Discovery (ID) channel documentary, “Killing Richard Glossip.”

Glossip has drawn broad support for his actual innocence, despite his conviction in an alleged murder-for-hire scheme.

Oklahoma has executed 112 individuals since restoration of capital punishment after the U.S. Supreme Court decision in Gregg vs. Georgia 41 years ago.

Presently, 48 individuals reside on Oklahoma’s death row. The last execution came in January 2015, when the wrong drug was used in executing Charles Warner, who had been found guilty of a 1997 baby murder. That “botched execution” drew world-wide attention, triggering a grand jury investigation and a highly critical report issued 11 months ago.

The commission recommendations include a range of new roadblocks to imposition of capital punishment for individuals who are intellectually disabled or mentally retarded. The chapter on clemency processes includes recommendations to open the state Pardon and Parole Board to individuals with experience other than in criminal justice, to mandate substantive guidelines on clemency powers, to create clearer guidelines for recusal of board members with conflicts of interest, to allow condemned inmates the option to listen and watch (via short-circuit television) their clemency hearings before the board, and to encourage “a deliberative process before voting on a condemned inmates’s petition.”

The report’s concluding chapter, on the execution process itself, amounts to a searing new indictment of the status quo ante, the state of affairs that existed before the state’s third attempt at execution of Glossip in the fall of 2015.

That final chapter also calls, after any execution, for an independent party to “conduct a thorough quality assurance review to determine whether state laws, regulations and protocols were properly followed before, during and immediately after the execution.” The recommendation says the third party’s findings should be released tot he public.

Elsewhere in the report, the commission recommends steps to assure accurate and timely “best practices” in use of biological and other forensics evidence in the criminal justice system. One recommendation reads: “Oklahoma should provide an avenue for post-conviction relief based on changing science that casts doubt on either the accuracy of an inmate’s conviction or the evidence used to obtain a sentence of death.”

Commissioners recommended that Oklahoma’s “Courts should exercise their gate-keeping authority to permit, in appropriate cases, qualified expert testimony on the limitations and use of eyewitness testimony.” Jury instructions should “direct the jury” to consider those limits in deliberations. Law enforcement agencies, the commissioners recommended, should have written procedures concerning the use of, and limits for, line-ups and photo arrays other investigative processes. Training for law-enforcement personnel should require (at least annually) training on limits of eyewitness identifications. And, “Law enforcement officials should record the entire interrogatio of any suspect or potential suspect in a homicide case, including any representations or promises made to the person interviewed. There should be a rebuttable presumption of inadmissibility if an entire interrogation is not recorded.”

The Commission called for fresh training of law enforcement personnel concerning interrogation techniques, shifting toward best practices “to help prevent wrongful convictions.” Another recommendation calls for awareness of the problems arising from reliability (or not) of jailhouse informants, and training on the same for “defense attorneys, prosecutors and judges.”

Also advocated should “a system of adequate compensation … for those who have been convicted of murder and sentenced to death and who are subsequently exonerated.”

Other proposals from the sweeping final report encourage reforms and improvement concerning prosecutors, defense lawyers, judges and juries in the capital crime process.