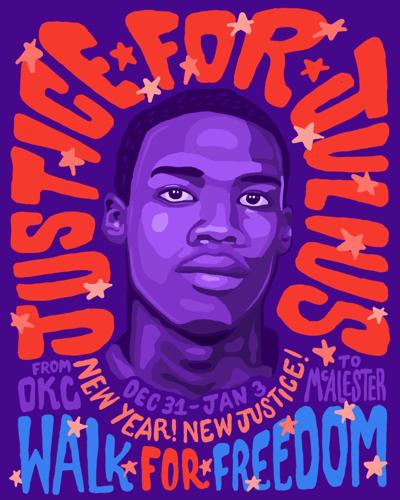 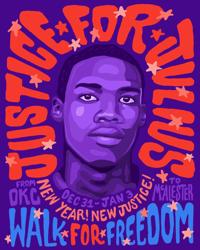 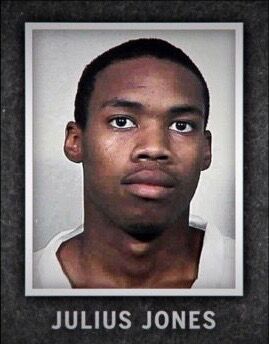 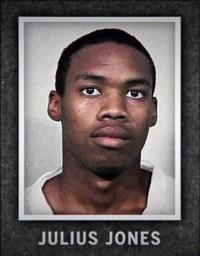 On death row for over 20 years, Julius Jones has always maintained his innocence. File photo

OKLAHOMA CITY – In a movement called New Year, New Justice, a collective of supporters for Julius Jones will walk 131 miles from the Oklahoma State Capitol in Oklahoma City on Thursday, December 31, beginning at 5 a.m. The walk will end on Sunday, January 3 in McAlester, where Jones has been on death row for over 20 years.

The event was coordinated to raise awareness for Jones’ case and to draw more attention to the Justice for Julius campaign early in the New Year.

Five Oklahoma City community activists, Jabee Williams, Francie Ekwerekwu, Irv Roland, Cody Bass and Jess Eddy intend to spend the early part of 2021 drawing attention to Julius’ case in support of his innocence and in his effort for seeking clemency.

“It’ll be a New Year, and we want to start it off right,” said Williams, a well known and successful local rap artist. “We just want to let him, and the world, know that we aren’t giving up. And we definitely don’t want to go another year with Julius behind bars and away from his family.”

Ekwerekwu, an attorney, adjunct professor at the University of Oklahoma, anda public defender with The Education and Employment Ministry (TEEM) stated, “The time to do what’s right was back then and ever since, the time is definitely now, liberate Julius Jones.”

According to a story reported by Randy Ellis in The Oklahoman, Ekwerekwu’s father was incarcerated much of her childhood, which has led to her desire to work with inmates.

Roland, a Carl Albert High School alumnus, who has spent the last 15 years traveling and training NBA players, said, “This is something that I had to be a part of. Knowing Julius since I was young, knowing who he is and the potential he had, this will never sit right with me.

“I do believe he made a mistake in the company he kept, but I honestly believe he’s an innocent man and I will always be present in the fight for his freedom,” Roland added.

Julius Jones is on death row at the Oklahoma State Penitentiary in McAlester, despite maintaining his innocence and compelling evidence that he was wrongly convicted in 2002.

Jones’ case first came to national attention in 2018 when ABC released the documentary, “The Last Defense” which examines Jones’ Oklahoma County death penalty case. Jones, a 19 year old black man, was charged with first-degree murder in 1999 of a white businessman and was sentenced to death in 2002.

Over six million people have signed a Change.org petition asking the Oklahoma Pardon and Parole Board and Governor Kevin Stitt to commute Jones’ sentence.

For more information about the Freedom Walk for Julius Jones, contact Jabee at newyearnewjustice@gmail.com. To learn more about Julius Jones’ case, visit justiceforjulius.com.