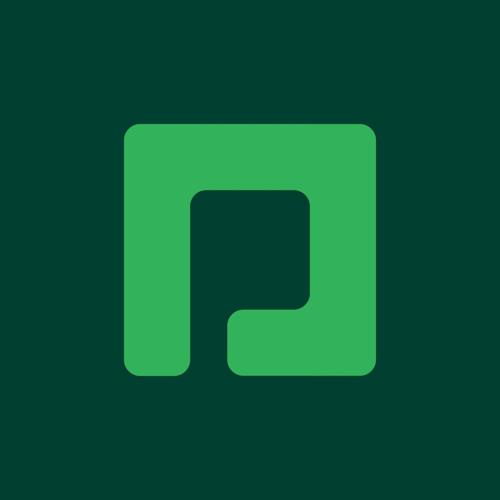 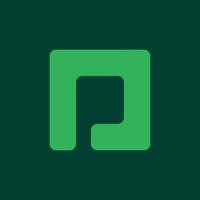 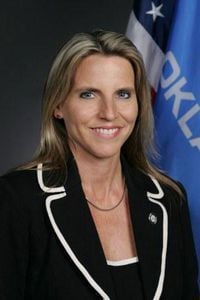 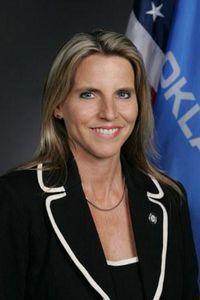 In an election-night tweet, a top official at Paycom suggested voters living outside Oklahoma City and Tulsa are retrograde thinkers holding the state back.

A.J. Griffin, director of government and community affairs for Paycom, issued the tweet after Governor Kevin Stitt, a Republican, easily won reelection without carrying Oklahoma and Tulsa counties.
Tuesday, Stitt received more than 55 percent of votes cast for governor compared to nearly 42 percent cast for Democratic candidate Joy Hofmeister. Stitt carried 74 of Oklahoma’s 77 counties, and carried most of those counties with between 60 percent and 87 percent of the vote.
The only three counties Stitt did not carry were Oklahoma, Cleveland, and Tulsa counties, with Tulsa a narrow loss. (Stitt still received more than 229,000 votes combined from the three counties he lost.)
That prompted one Twitter user to write, “Welp, it appears Oklahoma doesn’t want to pull itself out of the Bottom 10. Maybe in another 40 years …”
Within minutes, Griffin responded by tweeting a meme of one individual (labeled “voters in OKC and Tulsa”) physically dragging another individual (labeled the “rest of Oklahoma”) into a car that was labeled the “21st Century.”
Griffin subsequently deleted the tweet.
Public records show several individuals working for Paycom or sharing an address with a Paycom employee — including Griffin, Paycom CEO Chad Richison, and Charis Richison — were financial backers of Hofmeister’s campaign.
Campaign reports show the other Paycom employees or associates of employees who donated to Hofmeister’s campaign include Paycom executive Dickens Aubourg; Jason Bodin, who works in public relations and marketing for Paycom; Paycom chief financial officer Craig Boelte and Paula Boelte; Paycom chief sales officer Holly Faurot and Paycom manager Seth Faurot; Paycom director Amy Fisher and Jonathan Fisher; Paycom senior manager Christie McKeon and Kelly McKeon; Paycom executive Christopher Thomas; and Paycom executive Jeff York.
In addition, former U.S. Rep. J.C. Watts, who now sits on Paycom’s board of directors, did an ad endorsing Hofmeister during the campaign.
A recent U.S. Securities and Exchange Commission filing shows that Paycom has provided Watts $311,720 in total annual compensation, including $86,750 paid in cash and $224,970 in stock awards.
(https://investors.paycom.com/Corporate-Governance/Board-of-Directors/default.aspx)
During the campaign, tens of millions of dollars were spent by nebulous special-interest organizations on ads attacking Stitt. Many of those groups are not required to disclose their donors, and it is not known if Paycom officials helped fund the attack ads.
Richison has butted heads with Stitt over several issues. Among other things, Richison wanted Stitt to impose greater COVID restrictions on Oklahomans in 2020.
In a public letter released in March 2020, Richison called for temporary closure of a range of businesses, “which includes, but is not limited to, hair salons, nail salons, spas and massage parlors.” He also endorsed requiring grocery stores to provide “drive-thru pick up or delivery for all customers,” and mandating that undefined “critical” businesses be required to coordinate “with state government.”
(https://htv-prod-media.s3.amazonaws.com/files/gov-stitt-recommendations-1584906642.pdf)
Richison also called on the state government to mandate how “food preparation and other critical portions of the supply chain” are handled under undefined “newly established uniform standards to prevent transmission of the virus.”
(https://htv-prod-media.s3.amazonaws.com/files/gov-stitt-recommendations-1584906642.pdf )
Richison also called for postponement of so-called “elective surgeries” and endorsed having the government collect “all essential medical supplies” normally used for those surgeries or by “med spas and other medical organizations.” And Richison called for a ban on “all non-essential” travel from Oklahoma airports.
In August 2021, Richison released a statement calling for repeal of Senate Bill 658, which allowed parents to choose whether or not their children were masked at school.
(https://www.scribd.com/document/520691507/Paycom-CEO-COVID-statement#from_embed)
In a 2021 earnings call, Richison said the COVID-19 pandemic had financially benefited his company by forcing more businesses to use providers like Paycom.
(https://www.fool.com/earnings/call-transcripts/2021/02/11/paycom-software-payc-q4-2020-earnings-call-transcr/)
This is not the first time that Griffin, a onetime Republican state senator, has taken shots at Stitt or his supporters.
In 2021, the Oklahoma City school district fired six teachers who declined to wear masks at school. The teachers noted the mandate was not legal under then-current state law, and Stitt came to the teachers’ defense.
In a Nov. 5, 2021, tweet, Stitt wrote, “In the middle of a teacher shortage, Oklahoma City Public schools fired six talented teachers because they wouldn’t follow an illegal order. These are the types of misguided decisions that are leaving many parents across the country so frustrated with their local schools!”
(https://twitter.com/GovStitt/status/1456668011272843267?s=20&fbclid=IwAR1ti95XHCqtzHQgHpSafpUZbsqh_Y_E9FB6bdrhqeIlif6_8YiVpuhJ2c0)
Griffin responded via tweet, “I keep wondering how he knows these are talented teachers.”
(https://www.ocpathink.org/post/paycom-official-questions-teachers-talent)
The Oklahoma Council of Public Affairs reached out to Paycom for comment. As of publication, the company had provided no response.
The same day she issued the tweet disparaging Oklahoma voters outside the metro areas, Griffin also tweeted, “Your actions reveal your character. Your words reveal your wisdom. How you treat others reveals the REAL you.”
NOTE: This news story first appeared online here:
https://www.ocpathink.org/post/paycom-official-bashes-state-voters-over-gop-victory
. It is reposted here with permission.