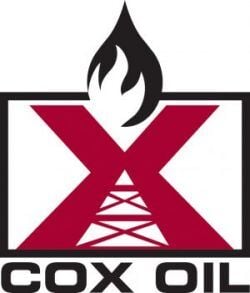 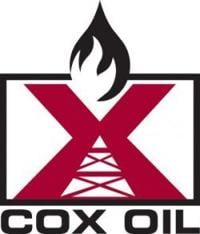 Carbon-Zero (a Cox Oil affiliate) and Repsol Sign Agreement to Evaluate Opportunities for Innovative Carbon Sequestration on US Gulf CoastLLAS, Texas -- Carbon-Zero US, LLC, an affiliate of Cox Oil, has signed an agreement with international multi-energy company Repsol to evaluate opportunities to develop innovative Carbon Capture and Sequestration (CCS) projects on the U.S. Gulf Coast. Under the terms of the agreement, the consortium will share technical knowledge and resources to evaluate potential projects that would combine the offshore expertise and operations of Cox Oil with Repsol's technical knowledge and global experience with CCS projects.

Repsol was the first oil and gas company in the world to announce a net-zero emissions target by 2050, and it is developing the first CCS project in Indonesia at its onshore Sakakemang field.

Information about the new project was sent to The Oklahoma City Sentinel by Newswire.com, a Newswire is a press release distribution platform that regulation works with news organizations around the world.

According to the release (November 18), "Carbon-Zero will capture, transport, and sequester carbon dioxide from industrial point source emitters to underground reservoirs in the Gulf of Mexico. Carbon-Zero is currently soliciting emitters to join its efforts to responsibly sequester CO2 offshore and away from populated areas."

Initially, the consortium will focus on capturing and storing emissions in Louisiana, where Cox Oil has existing operations in the shallow waters of the U.S. Gulf of Mexico.

The U.S. Gulf Coast is a prime location for offshore carbon capture projects, with some of the nation's highest concentrations of power generation, industrial and petrochemical facilities. There are also many smaller, private emitters that could be served by local CCS projects. The Gulf Coast's critical industrial network is immediately adjacent to a natural carbon storage area in shallow waters off the Louisiana coast. Long recognized as a prolific energy producing region, the US Gulf Coast is gaining momentum as an innovative leader in CCS.

Brad E. Cox, Chairman of Cox Operating, said in the Nov. 18 press release sent to The Oklahoma City Sentinel and other news organizations, "This is a remarkable consortium that intends to deliver for the globe. We are proud for the opportunity to continually display our commitment to national priorities and environmental stewardship."

Ken Jackson, CEO of Carbon-Zero, stated, "Our goal is to enhance our communities with energy supplied with the lowest carbon footprint possible. This consortium allows us to expand our commitment to remove emissions from critical infrastructure in our community."

Tomas Zapata, Repsol's Exploration Americas Director, said, "Repsol is proud to be a global leader in the development of innovative technology to drive the energy transition, including projects like CCS aimed at reducing emissions across multiple sectors and industries. We look forward to bringing our international experience and knowledge to the consortium to advance our shared sustainability objectives in the United States, which is a core region for Repsol."

More about Repsol: Repsol is a global multi-energy company (https://www.repsol.com/en/index.cshtml ). The company describes itself, in a press release, as "leading the energy transition with its ambition of achieving zero net emissions by 2050. Present throughout the energy value chain, the company employs 24,000 people worldwide and distributes its products in nearly 100 countries to around 24 million customers. To achieve zero net emissions by 2050, Repsol is deploying an integrated model of decarbonization technologies based on enhanced efficiency, increased renewable power generation capacity, production of low-carbon fuels, development of new customer solutions, the circular economy, and by driving breakthrough projects to reduce the industry's carbon footprint."

More about Carbon-Zero U.S., LLC: Carbon-Zero is, according to a press release, "a leading energy transition company with a mission of deploying technologies and providing emitters with long-term carbon reduction solutions. Cox Oil (https://coxoperating.com/ ) is a privately held entity that owns and operates assets in the Gulf of Mexico. The Company currently operates more than 600 producing wells across approximately one million acres, spanning from Texas to Alabama. Cox is headquartered in Dallas, Texas, with operations in New Orleans, Louisiana, and Houston, Texas."

NOTE: Pat McGuigan of The Oklahoma City Sentinel contributed to this report.