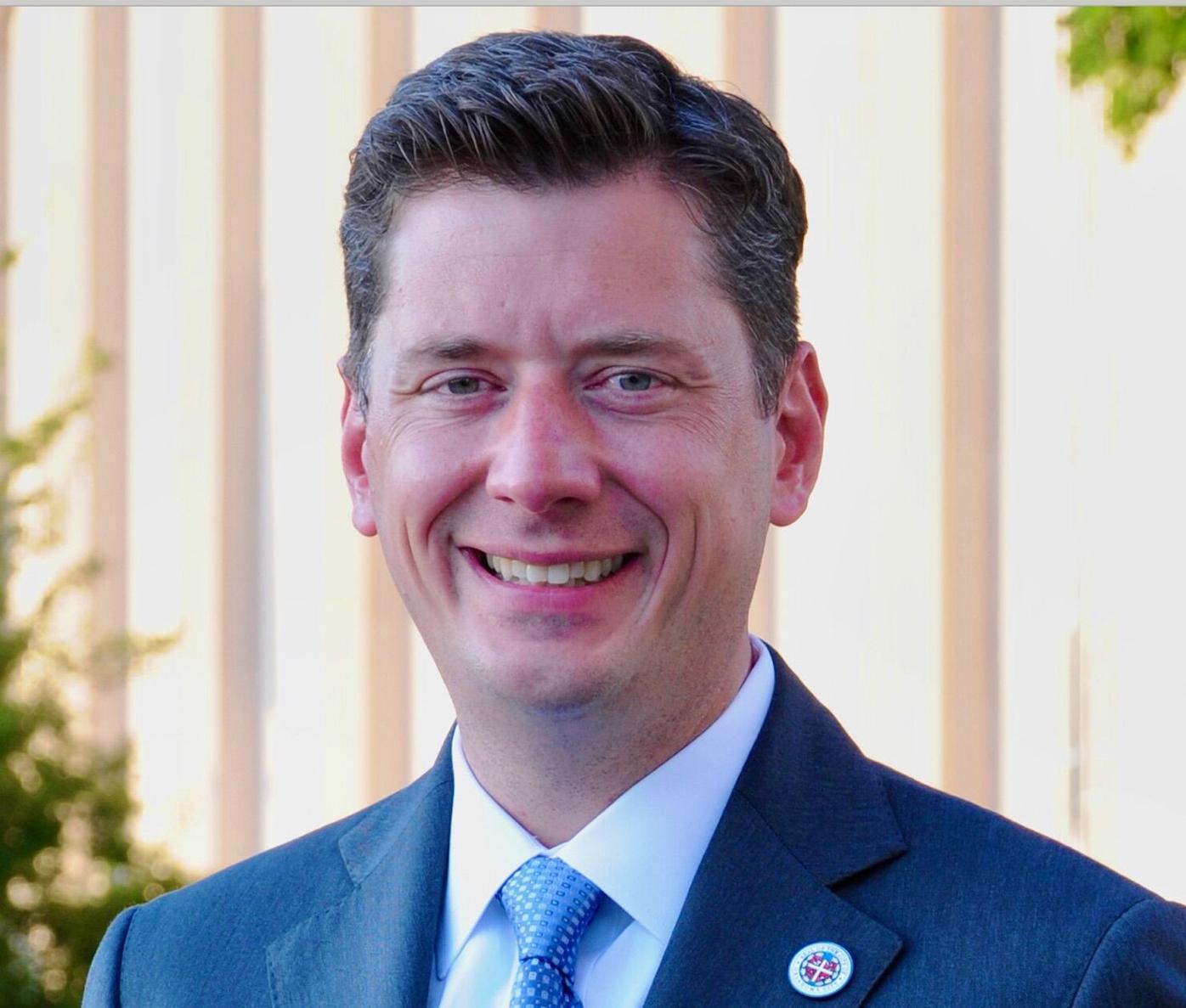 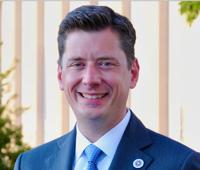 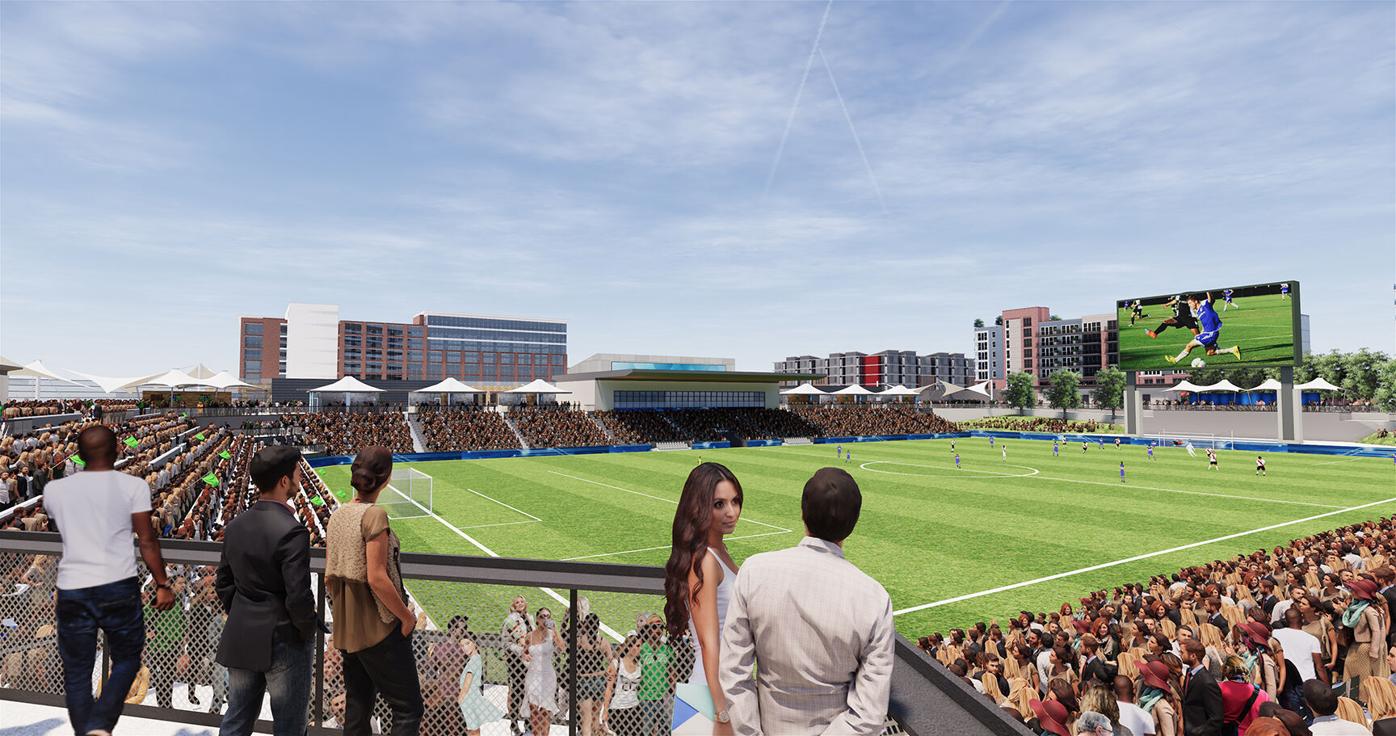 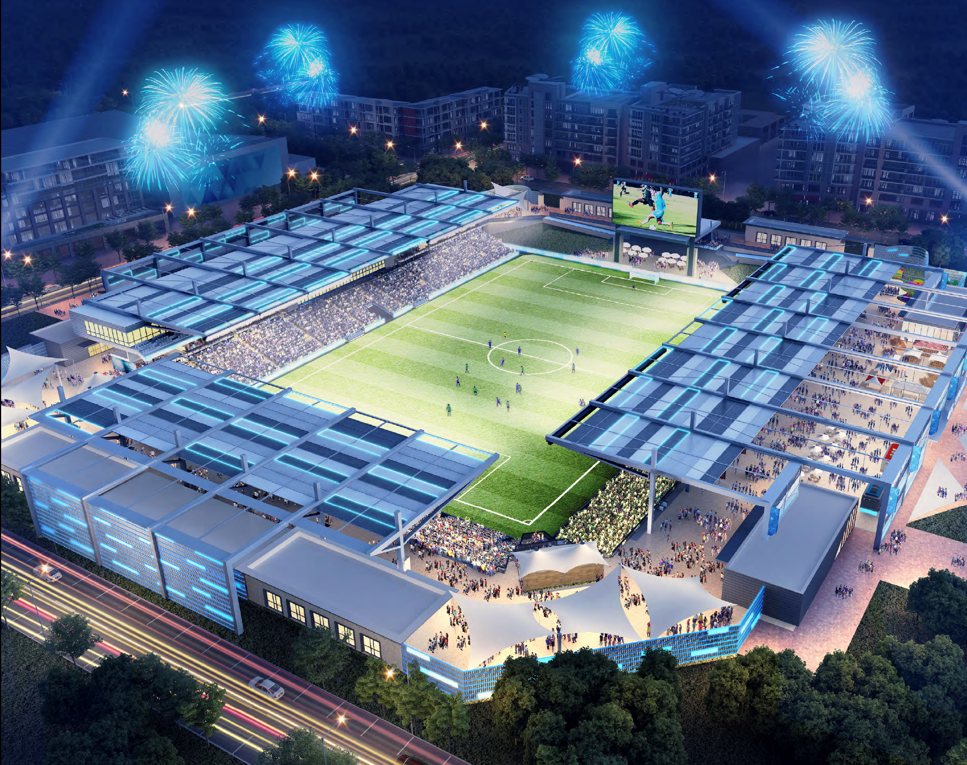 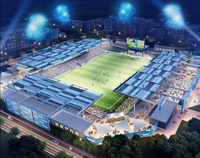 An early conceptual drawing of proposed stadium financed from MAPs4 project funds. Graphic courtesy of the City of Oklahoma City.

By Tim Farley, For The City Sentinel

A multipurpose outdoor stadium could bring substantial economic development to Oklahoma City with a professional soccer team as the primary tenant – coupled with concerts, high school athletics and an array of private and public events, city government officials say.

The stadium, one of 16 MAPS 4 projects, will be operated in a manner similar to the Chickasaw Bricktown Ballpark, which is home to the Oklahoma City Dodgers, Mayor David Holt said.

Energy FC, Oklahoma City’s United Soccer League team, will likely be the main user and operator of the stadium, but the stadium would be suitable for college soccer, high school football and soccer, concerts and events, similar in nature, to every other large American city, the mayor said. Other uses for the stadium would include college and club lacrosse, international and club rugby, NCAA Division II football bowl games, drone racing and much more.

“We’re the only top 50 city that doesn’t have an (outdoor) stadium,” he said.

“Taft (Stadium) is cool and has great history, but it’s not up to the standards of our USL team. We needed to cross that bridge with this stadium.”

The outdoor facility will cost about $37 million and is expected to hold less than 20,000 people with the first phase of construction.

An 8,000-seat stadium that hosts 66 events a year would bring in an estimated 509,000 people with a projected economic impact of $60.7 million a year, according to a public presentation from Energy FC owner Bob Funk, Jr. The presentation has been made to various civic clubs in Oklahoma City.

In his presentation, Funk noted that 82% of Oklahomans identify as sports fans and 51% are fans or followers of soccer.

In addition, USA Today reported in 2018 that soccer could become more popular than baseball when the World Cup comes to the U.S. in 2026. Much of the soccer fan base in Oklahoma City comes from the Hispanic community, which makes up 20% of the city’s population, according to the U.S. Census Bureau.

David Todd, program manager for the MAPS program, said stadium construction should start in the middle of 2025. The stadium’s site has not been determined.

However, three potential locations are Farmers Market, west of Classen Boulevard and north of Interstate 40, Wheeler Park which the city owns and Producers Coop, which is south of Bricktown.

“The location will be part of the design plan,” Todd said. “We’ll look at different sites as we did with the convention center and wellness sites. It will be a fairly large site and will probably be around restaurants and retail. We don’t want it to be in a remote area. Already, there’s plenty of public speculation as with everything. We looked at a dozen sites with the convention center before a decision was made. I have faith in the process and how we do this.”

An operator should be formally accepted by the end of 2022 and the stadium’s design, which includes location, should begin early 2023, Todd said.

Construction of this outdoor stadium may be the first phase to attracting a Major League Soccer team to Oklahoma City, Holt said.

“This would get our foot in the door. It reminds me of the path we took with the NBA. Something like that may materialize, but at least this keeps us in the game of soccer by retaining a USL team that can’t stay in a high school stadium,” he said.

Energy FC played its first season in 2014 at McGuinness High School before moving a year later to Taft Stadium, which underwent major renovations.

Taft Stadium, which was a Works Progress Administration project, was built in 1934 and still is home to four high school football teams.